For as long as people have browsed the Internet, advances in ad tech have made it easier for advertisers to reach their intended audience with ads. But that unfettered growth in targeting and data collection ultimately led to the point in time where privacy advocates and governments are clawing that capability back.

Meanwhile, Google’s Privacy Sandbox initiative will eventually phase out cookies on the Chrome browser, putting the final nail in the coffin for what has been the rails ads have run on for years.

And while advertisers are understandably worried about an environment where targeting is made significantly more difficult, publishers have just as many concerns. But there’s good news: the cookieless future can be a boon to those publishers who unlock the value of the under-developed cookieless audience.

Right now, the cookied environment is a well-honed machine. A major publisher has dozens of DSPs bid for any cookied visitor that arrives at its website. The same publisher may only get two to three bids on their cookieless inventory because of the lack of targeting data available. The absence of targeting and measurement capabilities in the programmatic ecosystem causes the DSPs to not have minimum requirements to make a bid on this unaddressable inventory. As a result, a cookieless visitor receives ads that are at lower prices or lower quality or, worse, a non-revenue generating house ad.

The historic reliance on cookies for everything from targeting to measurement and creative optimization has made their presence a necessity. Ultimately, the fact is the cookie is being deprecated means everyone will have to adapt to alternative solutions.

The good news is that the industry has begun to create better identity solutions to solve for the impending disappearance of the cookie. The technology exists to help publishers not only succeed without cookies but thrive.

While the identity data will not match that of cookied users, advertisers are flocking to cookieless to find new, more affordable ways to reach their target audiences. Plus, they realize they will eventually have to pivot to cookieless when Google finally bans cookies from Chrome.

While demand is still lower than the market should dictate, savvy buyers are already tapping into cookieless inventory and finding it less expensive with a higher win rate and a new pool of users that were previously thought untargetable.

In summary, cookied inventory represents saturated demand that is ultimately going away. Whereas the cookieless audience is undeveloped and important today and will be ten times as important in a year.

Publishers that focus more attention on this today will benefit from incremental revenues and a much greater competitive advance against competitive laggards.

Even with an absolute focus on cookieless inventory, publishers are unlikely to realize a 50%-50% revenue split, but with the right identity solutions, a split of 60% cookied and 40% cookieless is within sight, and that’s all incremental revenue to publishers who are currently struggling to monetize this inventory.

It’s time for publishers to appropriately value their cookieless inventory and work with the right partners to provide identity solutions that can help grow revenue for it. The balance between cookies and cookieless is not a zero-sum game, and never was. Smart publishers will have robust plans for both, but the time is now to rededicate focus on this growing audience.

The cookieless future is daunting, but it doesn’t have to be disastrous. The marketplace has created the right tools to help publishers monetize their entire audience; they just need to use them.

This original article was originally featured on Adweek.

By: Matt Meyer | GM of Platform at 33Across 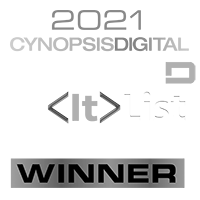